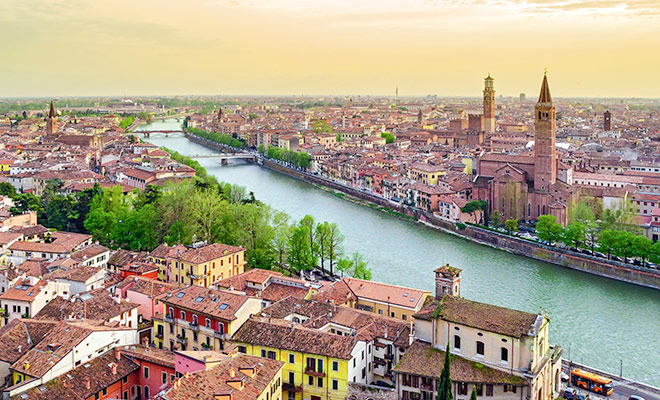 “Fall in love with the romantic sights and relaxed Italian atmosphere, and even squeeze in a night at the opera, all in a day in Verona”